There are a few good reasons behind the growing popularity of ILife V3s Pro and its capability against pet hair is what makes it stand out in the crowd. However, ILife’s powerhouse can provide more than just pet hair efficiency. While it may lack a few fancy bells and whistles, it was built to deliver a good final result – it is all about spending less money on cleaning procedures and more money on chewing toys. All in all, this review will give you all the details you need to make an informed decision. 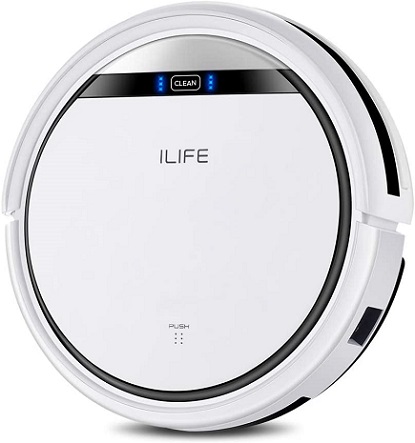 Similar in design and features to Lefant M501-A, ILife V3s Pro robot vacuum cleaner comes with a white cover, as well as black bumpers to prevent damage on the sides. It is only three inches in height – you might believe it could get stuck in random places. Wrong! It has a slightly raised lip on the front side, which prevents it from getting to dangerous places.

There are two brushes in the design – each of them featuring three spokes. They spin to loosen debris and push it towards the gullet. Just like other similar vacuum cleaners from ILife, the V3s Pro does not come with a roller brush. Instead, dirt and debris are sent to the dustbin through a suction opening – about three inches wide. The dustbin is easy to empty due to its handle – located in the center.

The lack of a roller brush could make it difficult for ILife V3s Pro to pick up large pieces of dirt, but not impossible.

Setting this robot vacuum up is a matter of minutes – even if this is the first such unit you will get. Just like other similar robots, this one will require plugging in the base. Once the base is plugged in, you can push the power switch and let it charge. On a positive note, the power adapter is suitable for both the robot and the base – a good small detail in case your pet messes around with the plastic base.

When it comes to the actual operation, there are three cleaning modes you can opt for. Most commonly, you will use the whole floor mode, which covers pretty much everything around your home. If dirt and pet hair tend to gather in the corners, you can opt for the edge cleaning mode. Finally, you can also opt for spot cleaning if you need to cover a particular area.

Back to things that really matter, how does ILife V3s Pro robot vacuum cleaner perform? While advertised to be a budget robot vacuum, it will most likely impress you, especially on hardwood floors. It has solid sensors that push it to approach edges and obstacles in a slow manner – just to prevent damage. This is the type of feature you would normally find in premium robot vacuums.

The cleaner will grab pet hair from hard floors, but it will also remove stubborn pet hair stuck into your carpets – the type of hair you have to pick up manually because most vacuums will not get. 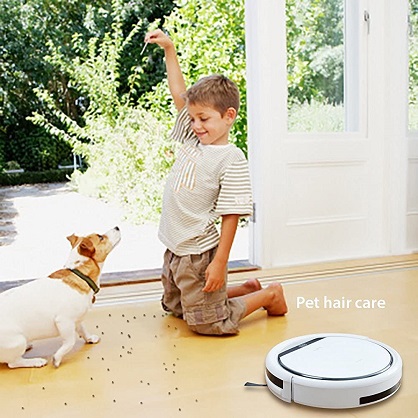 Running standards will not disappoint you either. While it feels slower than other vacuum cleaners, it will not require too many passes to get the job done. The robot is focused on efficiency, which will inevitably reduce the cleaning cost too.

With all these, the logic behind its operation and movements does not always make too much sense. You might find it funny that the robot goes by itself to random places and it sticks to them. It may insist on certain areas. The same rule applies when you send it back to the dock. It will wander around for a few minutes before locating it properly – not such a big deal anyway.

When it comes to the noise levels, the manufacturer claims on just over 64 decibels. It is a bit louder than other units in this segment, but if you have used other robot vacuums before, you are less likely to notice the difference anyway. A couple of decibels more or less will not affect your daily activities while the robot gets the job done.

The ILife V3s Pro robot vacuum cleaner does not come with too many fancy features. For instance, it does not have smartphone control – not really the worst thing in the world though. Instead, you have a remote controller that will get the job done in no time. You can also hit the auto clean button on the cleaner – no need for the remote control then. 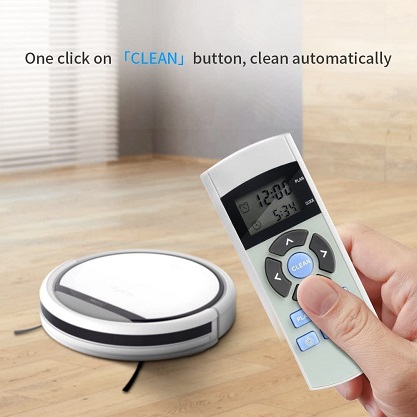 The low profile design allows the unit to go under furniture and beds. It will work on tiles, laminate flooring and stone, as well as carpets. It charges by itself and it can be programmed, while its smart sensors prevent falls and bumps. When fully charged, it will run for anywhere between 90 and 100 minutes, depending on how much dirt it has to pick up.

The pet hair technology is what makes it superior to its competition.

• Does not allow smartphone control

Bottom line, ILife V3s Pro will most likely make your life easier. It is an excellent choice if you have always wanted the reliability and convenience of a robot vacuum cleaner. It is great for budget buyers, as well as those who have pets. While it does not have any fancy features or smartphone alerts, it does an excellent job at what really matters in a robot vacuum cleaner – the actual cleaning capabilities.

Iconic One Theme | Powered by Wordpress